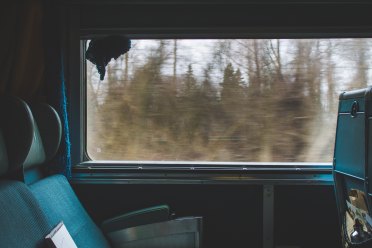 Safar (सफर), meaning journey, is a platform through which I take the opportunity to interview beautiful minds.

Here is the second installment of Safar in conversation with Eve Adams of Revenge of Eve where she talks about her journey-  mental health and her diagnosis, alcoholism and sobriety, blogging anonymously and much more.

Diagnosed bipolar, mild OCD with anxiety makes her a perfect candidate for mental health stigmata. To alleviate any pre misconceptions she writes under a pseudonym, Eve, offering her a reprieve. It is her belief that her illness is of her, she not of it.

She has lived the role of an alcoholic throughout her life currently achieving three years of sobriety. Many would think these labels define her and it is her will to make others see it is quite the opposite. Daily she struggles with battles within her head yet she forges forward in an effort to maintain stability.

She is a blogger, a bartender and the mother of one teenage daughter. An active work schedule helps keep her demons at bay. She doesn’t have the time to succumb to the illnesses that reside. This hasn’t always been the case as she has fallen prey to her sickness a time before. Presently she is in recovery. Living life to her advantage. Under a psychiatrist’s supervision, she takes a regime of daily medication that has allowed her to find balance.

What got you into blogging?

I was once introduced to a woman not much older than me. She would later go on to die from bulimia. I was left with many unanswered questions about who she was and when had she begun her journey with bulimia. The answers I received didn’t serve proper justice and I was left bewildered.

After months of contemplating beginning a blog, it was then I decided to be the author of my story. To share my victories and struggles on this journey called life, as an alcoholic and one with multiple mental illness diagnosis. Shame, guilt and stigma keep others silent. I seek revenge of the silence. So began my blogging journey almost one year ago.

There must have been times when taking this revenge against silence would have been difficult. It would have been hard for you to share your true thoughts with your readers. What do you do at such a time?

Because I blog anonymously, I haven’t found it difficult to share raw emotion. There have been times when my feelings were dark that I was hesitant to publish but then I am reminded of why I began blogging in the first place. I use this platform so others know they are not alone. The support I receive is overwhelming at times. Other mental health bloggers are encouraging and reassure me of the purpose of this blog. It is never easy to appear fragile and weak but those are human qualities that are shared across the world. It is important to expose those sides of ourselves, especially when dealing with mental illness.

Did you explore any other options to share your story before or after starting your blog?

Not before starting my blog, no. Since I have started blogging I have done two guest posts on fellow bloggers’ sites. I discuss mental health daily with those around me. I am not ashamed of my story. It belongs to me and has molded me into the woman I am today.

Did you have the same bold approach towards yourself and your story even at the time when you were diagnosed with the illnesses?

Not by any means. I was lost, ashamed and in denial. “How could I be a crazy person?” Only to find out that I am not crazy at all, I am gifted. Yes I have a behavioral disorder but I’ve had it my whole life. I know no different. I had never sought help to receive a diagnosis. It was when I literally lost my mind trying to remove alcohol from my life that I realized I needed chemical assistance. If I’m honest, I’ve always needed it but it didn’t work out that way. I am grateful now that I went through the storm because I came out a warrior.

What was it that changed your perspective towards life and made you realise that you are gifted and not crazy?

I have learned to recognize my good qualities and my potential. A lot of therapy helped assist in my acceptance. It is a gift to feel as much as I do. Although it comes with its downsides, for the most part, it is beneficial. I am learning how to term my feelings. I never knew how to describe the way I feel using words. I’ve always shown in actions which weren’t any good when I was angry but I love big, I am compassionate and empathetic. Also, I am intelligent which I used to perceive as a dismissive quality. I now embrace it.

Do you feel that your mental health has held you back as an individual and as a single mother in any way so far?

Allow me to clarify that while I am single, her father plays a huge role in her life. I by no means do it alone.

I believe that combined with alcoholism I haven’t matured like others, emotionally speaking. Adding alcoholism to mental illness creates a different scenario. I don’t like to use my illnesses as an excuse so I would have to admit that I have held myself back. I’m sure mental illness has contributed to it and I know alcoholism has. I see things differently from others. My perception is skewed.

I’m glad that your daughter’s father plays an important role in her life. Since when were you into alcoholism? And when were you diagnosed with these illnesses?

I don’t know when I became an alcoholic. That is a thin line to be crossed but I drank from the age of 13 to 36. Heavily 25-33. I received my bipolar diagnosis in January 2017. I was misdiagnosed major depressive disorder in 2012. I was diagnosed OCD and with anxiety at this time as well. The years between 2012 and 2015 were the hard of my mental health journey. I was hospitalized three times in one year and the recovery from that experience has been a long one. I literally snapped and lost my mind, then I removed alcohol from my system. I was medically detoxed 8 times. The withdrawals from alcohol can be deadly.

You are indeed a brave person, Eve. What made you remove alcohol from your life and become sober?

I was no longer functional. My mental illness had taken over and the first step to wellness was to remove the alcohol. From that day forward, I have been able to heal.

How would you describe your journey of sobriety?

My first attempt was really hard on my body and my mind. I honestly didn’t think I could do it. I had given up. Then one day my daughter said something that clicked and I haven’t had a drink since that day. I don’t crave it. I have thought about it in the sense it helps ease my anxiety but I know that’s the disease talking. I’m not your average drinker, I’m a drunk. I can’t handle my liquor and that was a hard reality to face.  For a substance to have control over you, it’s like no other. I thought I could defeat it and I almost died trying. Ever since April 20, 2015, I’ve realised I am powerless over alcohol. I don’t want it. Want to know the funny part? I’m a bartender. Crazy huh.

Yeah, definitely crazy! When did you take the bartender job? How you control yourself from drinking when you’re surrounded by alcohol at your workplace?

I have been a bartender for 21 years with the exception of 4 years. During 2 years of that was me getting sober. I went back to work around alcohol when I was 18 months sober. How do I control not drinking? I never pick up the first drink. I see how alcohol affects others and I want no part in it. I went back to bartending because I am good at it and the money is good. The first 18 months of my sobriety something was missing. I found it when I went back working as a bartender.

According to you where does the society need to change its attitude towards mental health and alcoholism?

It can first start with the language we use. Everyone thinks because they straighten up their hone they are OCD, I hear it all.the.time. Or guys joke and will say “are you bipolar or something”, well yes. Yes I am.  Most importantly they need to realize we did not ask for these illnesses.  Do you think anyone wants to abandon their child for a bottle of alcohol? I sure as hell don’t but in reality, I did. We are people. Not animals. We deserve respect and to hold our head high just like the next person. Not one of us is above the other and if they would realize that, everything else would fall in place.

Who/What is your motivation in life?

My daughter is my motivator to be more kind to myself and to demand respect for myself. Honestly I’m not the most motivated person. I am ok allowing things to just be. I am more of a routine person. When I don’t have the structure of routine, I get in trouble. I just wing life day to day. Money has always been a good motivator for me.

What is the most important lesson that blogging taught you in this year?

The importance of responding. I find it hard to believe that others are interested in what I have to say but regardless of how I feel, it is important to respond and accept compliments. That is something I struggle with but have learned that accepting them is kind. I have also learned to believe in myself because of my followers. I still have days I do not but for the most part, I am growing.

What message would you like to give to the readers?

That regardless of our circumstance we can overcome. Remain true to yourself, invest in yourself and trust yourself. How you treat yourself is how the world will treat you.

Photos for Journals is a giveaway contest that Eve is hosting to celebrate the first anniversary of her blog. If you are a hobbyist photographer, the contest is for you!

Photo of train window by Usamah Khan on Unsplash

3 thoughts on “Revenge of Eve at Safar”